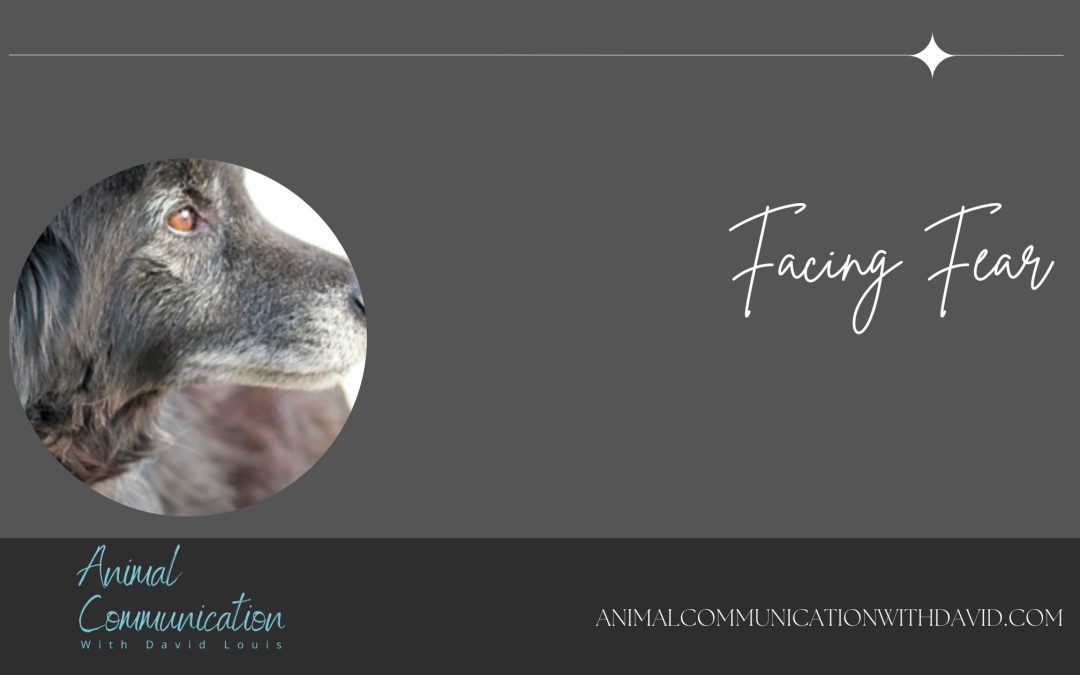 Some years ago I went to visit a client in Vermont. They had a dozen cats and one very sweet, older dog. They were concerned that the dog became really anxious during thunderstorms.

He showed me that the noise of the rain hitting the roof made him afraid that the roof was actually going to come off. I told him that it was very unlikely. I couldn’t say never; they lived in a trailer. I found myself telling him “It’s just nature expressing its power. You can express your power. Next time it rains, just go to the window, bark a couple of times, then go lay down and relax.”

So his mom contacted me some time after, and she told me that the next time it rained, he went to the window, barked a couple of times, then went and lay down. And he’s no longer afraid of thunderstorms.